Bashing with the Benko 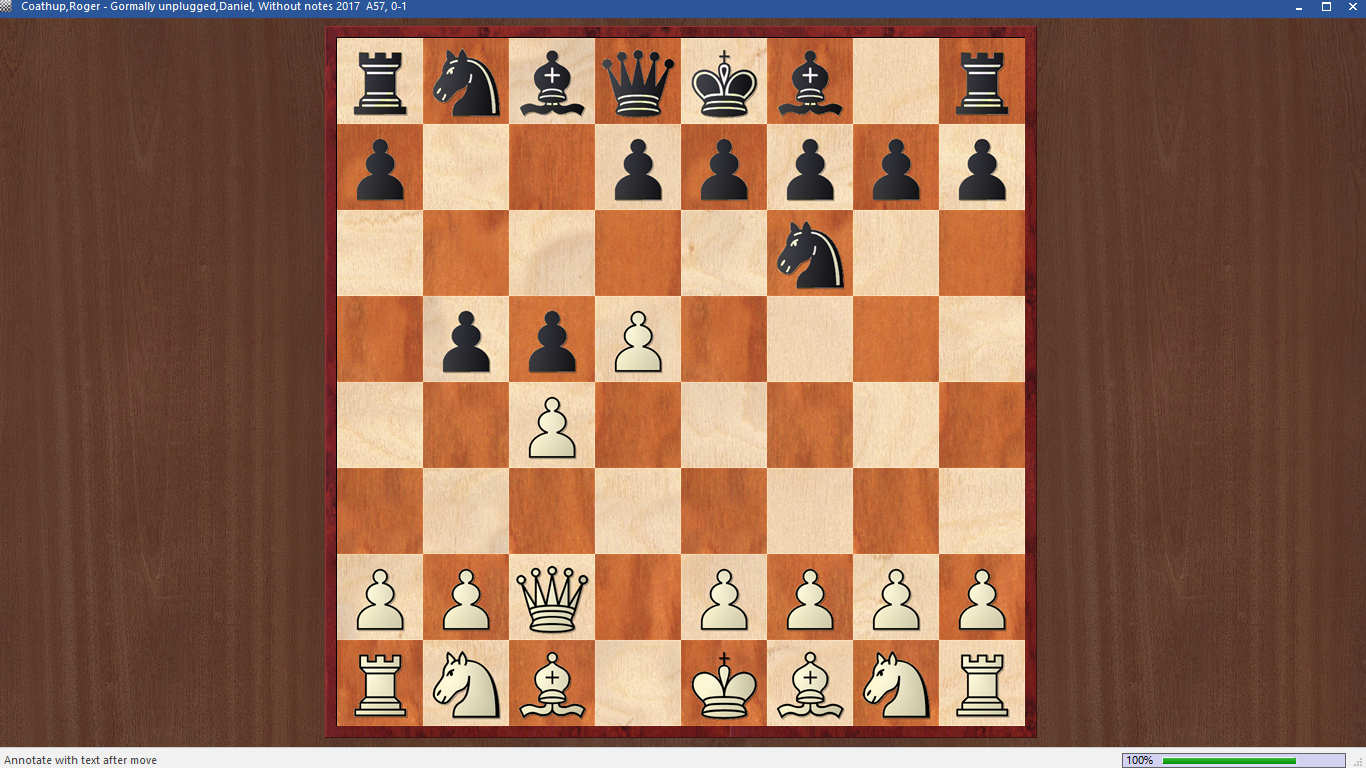 There are few d-pawn openings more exciting and dynamic than the Benko Gambit, and in the recent league match between Forest Hall Admirals and Morpeth A showed a classic example of free-flowing tactical play that arose from the Benko.

The player giving the masterclass was our new board one, Grandmaster Danny Gormally, and his comments on the game can be seen below (at the end of this post) in his instructive YouTube video, recorded the day after the match.

I am also posting here in written form an analysis of the game, based on Danny’s YouTube comments:

The great advantage of the Benko is that there is almost no way for White to take the game down boring channels or to take an easy route to a draw. Both sides have a fight on their hands, whether or not White accepts the pawn sacrifice! 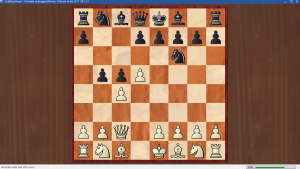 A sideline suggested to Roger Coathup by GM Jonathan Speelman, who discussed the line in their online

coaching session. Many professional players, such as Danny Gormally and Speelman, now offer lessons by Skype.

Now that White is threatening e5, this move is necessary.

9. h3 is apparently a theoretical alternative. 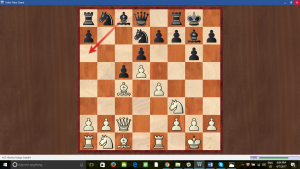 An interesting manoeuvre. Even though Black does not have the open a-file (as White did not accept the pawn sac), the queenside is a key area of operations. This knight move also unleashes the Benko bishop, while the knight comes round to keep an eye on the important c4 square.}

This move was criticized by Danny, as at least temporarily it blocks in the c1 bishop. More natural looks 10. Bf4 Nb6 11. Nbd2 and White is always looking to see if he can get the e5 pawn break in favourable circumstances.

Roger protects his bishop, but Danny’s suggestion may make more sense: 11. Rb1 Na6 12. a3 Nc7 13. b3 and White is getting ready to challenge (and swap off) Black’s key Benko bishop at g7.

Probably the right idea. Opening up the centre seems safe enough now – and remember, Black is not a pawn down as he is in many Benko lines!

Another typical Benko-style idea would be 11… Na6 12. a3 c4 $5 saccing the c-pawn in the usual style, when Danny felt Black would have reasonable compensation.

Now Black has free piece play and only the slight weakness at d6 to worry about. And he’s ready to jump in with Nd4 or Nb4, while the b2-pawn is coming under pressure.} 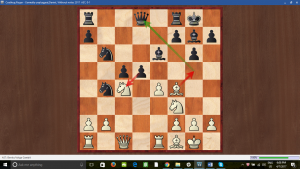 The correct pawn break. It was not a good idea to go pawn grabbing on the queenside:

In his YouTube analysis, Danny suggested 16… Bxd5 as a better alternative. To me, both

Now Black gets a strong initiative. 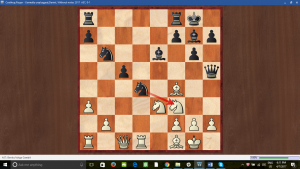 The weakness on b3 starts to tell.

Now Black is well in control, with very active pieces and an annoying passed pawn on d4. 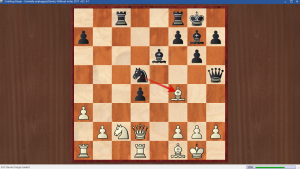 A horrible weakening, but there was nothing else. White is already lost.

What is the best move now to break through?

A lovely exchange sacrifice, which leads to a massive attack on White’s king.

And now the brilliant move:

An amazing idea that most humans apart from super-Grandmasters would struggle to find. The far-from-obvious point is that Black is threatening to bring his rook to c8. Then White would not get a check in taking it, and the White queen would crucially be diverted away from defending the kingside.

Danny explained that he could have played 26…Bxf4 27. Qxf4 Rxb2 and won ‘more slowly.’ But he added: ‘That’s how Keith Arkell would have played, but that’s not my style. I want to finish my opponent off as quickly as possible.’

If 28. Rab1 Ba2. Now comes a brilliant dismembering of the White king position.

Black’s queen and two bishops will take White’s king apart. With best play now, he will practically be hung, drawn and quartered in a very public execution.

This is the intermediate move (before Qf3) that Danny says he didn’t see in his calculations during the game.

This is also very good for Black, but it takes a bit longer.

As we can see, White has virtually no chance to defend his light squares around the king. ‘Opposite colour bishops can make an ending more drawish, but not the middlegame’ – Danny}

A fine example of attacking play in the Benko by Danny Gormally. While the game was perhaps a little messy in places, that seems to be how he likes it. Black’s play in all parts of the board – queenside, centre and kingside – in the end was quite formidable.