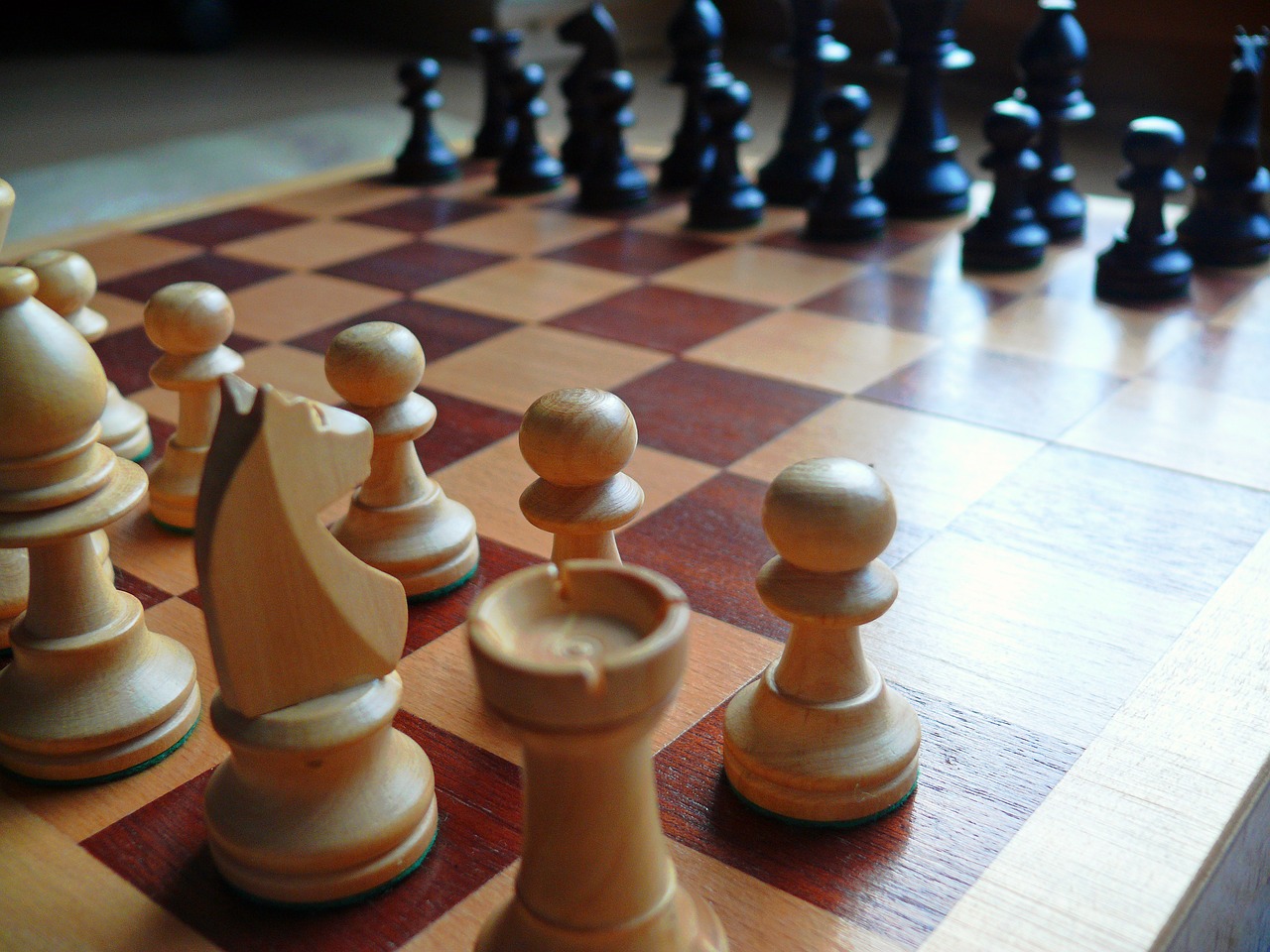 Only a couple of days after the Forest Hall Admirals impressively won Division 1 with victory against Morpeth A, the Brigadiers followed up with the remarkable achievement of becoming Champions of NCA Div.2. The critical match was played on Friday 31st March versus one of the main contenders for the title, Jesmond Rookies. The 3½ – 1½ win by the Brigadiers means that Newcastle University, Jesmond Rookies and Gosforth Salters will now battle it out for 2nd place to also gain promotion to the First Division.

The match saw a return to league chess for Chris Ray who used to play for Killingworth many years ago, he was a surprise addition to a very strong Jesmond team. Both teams knew the importance of this fixture and the atmosphere throughout the evening was tense. A win for Jesmond would almost certainly have handed them first place and Forest Hall would probably miss out on promotion to Division 1.

The first game to finish was Alan’s quick victory against Chris Ray, Alan Harvey found a neat tactic on move 21 which won a piece. Chris couldn’t find a satisfactory escape and was forced to resign. Stuart Skelsey played a very solid game and won a knight for 2 pawns in the opening, however, his opponent held on in the ending to gain a draw against all the odds. Mike Smith managed to create a lot of counter-play in a complicated middlegame by offering a piece for 2 outside passed pawns and was able to turn the tables and eventually win on time. Johnny Wall had lost to Dave Walshaw in the Sell Tournament just one week ago was determined to make up for that recent defeat. Johnny found some very interesting tactical ideas and fought tooth and nail to achieve a very important draw for the team. I played a Queen’s Gambit Declined against Liam Dobson. Liam had the best of the opening and managed to win a pawn as time trouble started to play a part. Eventually a draw was agreed as the seconds began to tick away and the outcome of the match had already been decided.