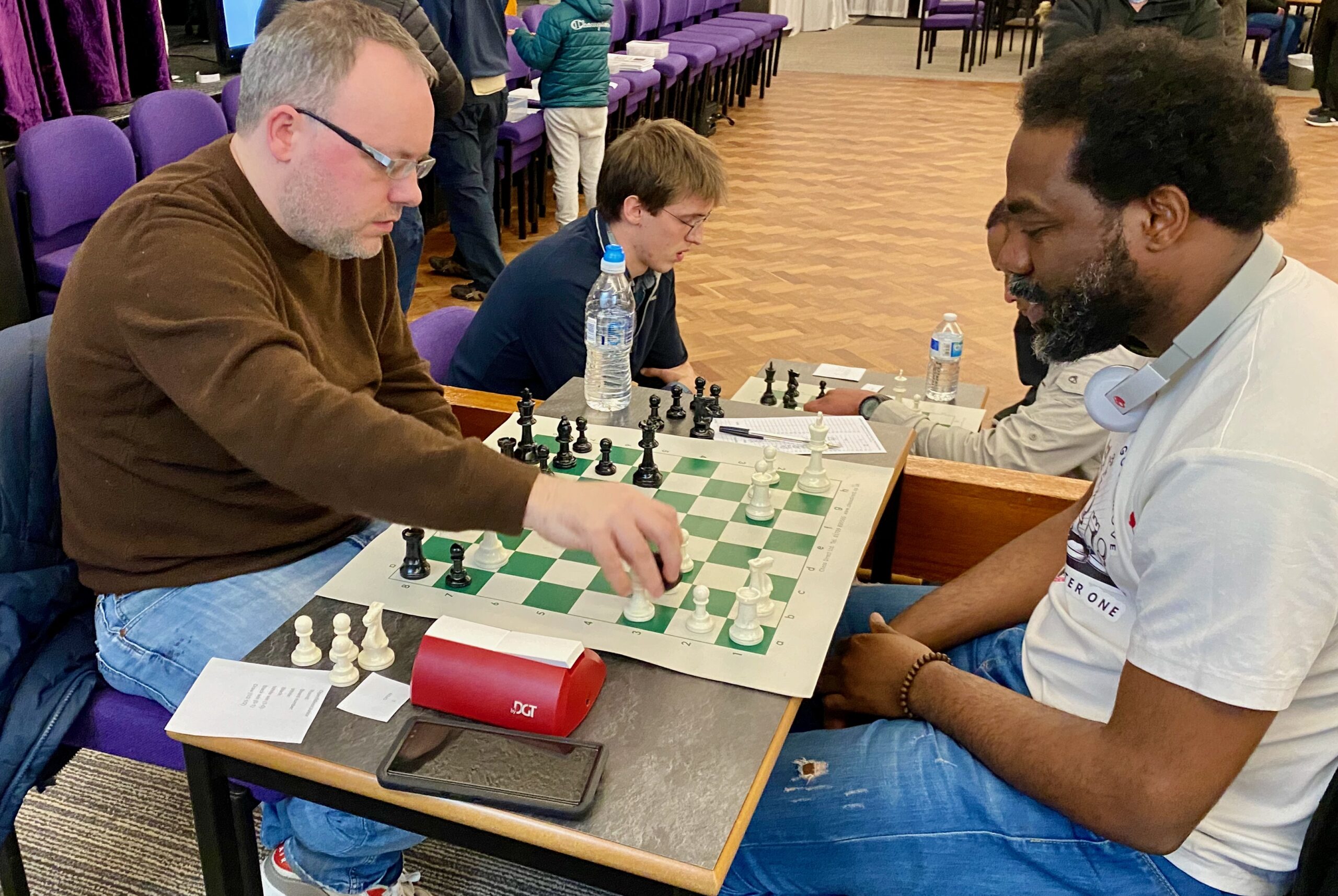 Report and analysis from Nathan Ekanem

I was really looking forward to playing Grandmaster Daniel Gormally in this tournament and made a resolve within me to strive to win all my games so that I could get to meet him on board 1 (as he is more likely to win all of his games and remain there!). Interestingly, I am currently reading Daniel’s book “Insanity, Passion and Addiction – a year inside the chess world”, a very interesting read and am a big fan of his so having the opportunity to play him was the icing on the cake for me and indeed my prayers were answered when I was paired against him in round 4!

At the end of the game, Daniel was graceful enough to conduct a post-mortem analysis on the game, pointing out some sharp critical lines I had not even considered during the game, he commended my play and he was also kind enough to sign his autograph on the copy of his book which I had brought along with me to the tourney. 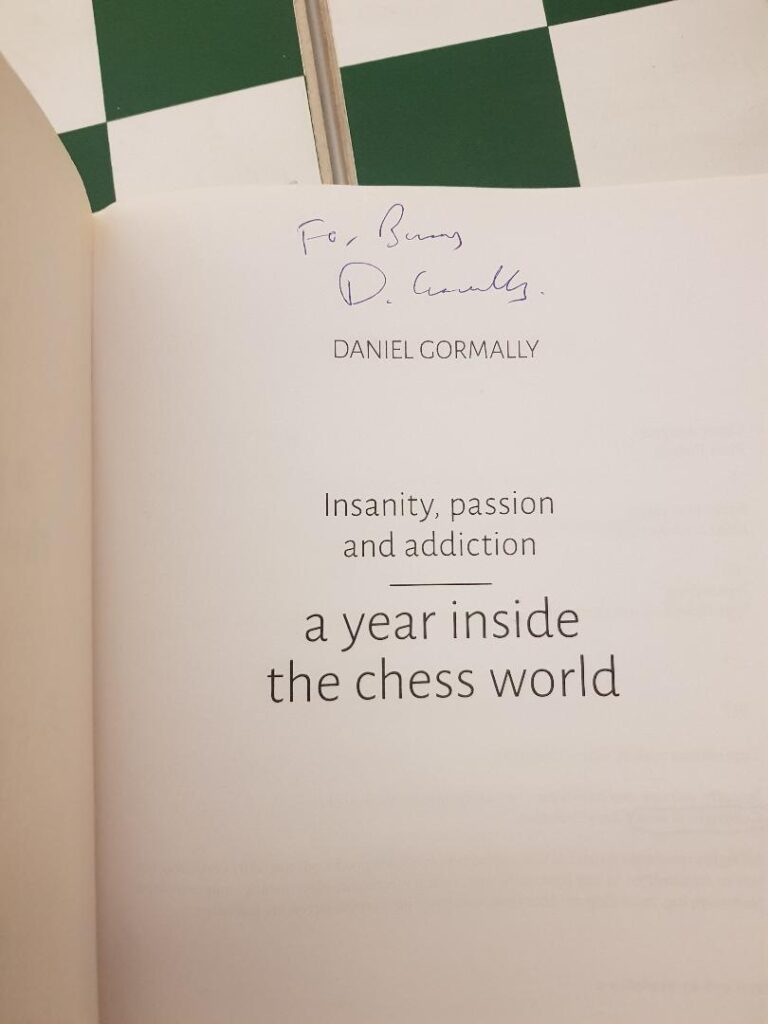 Luckily for me, this was the only game I lost in the tourney (and my 1st loss since I arrived in the UK from Nigeria in September 2021), I went on to finish in joint 2nd position together with FM Andrew Burnett and David Mooney. I look forward to participating and improving my performance in future tournaments and also to earning the chess moniker “Beast of Newcastle”!…lol 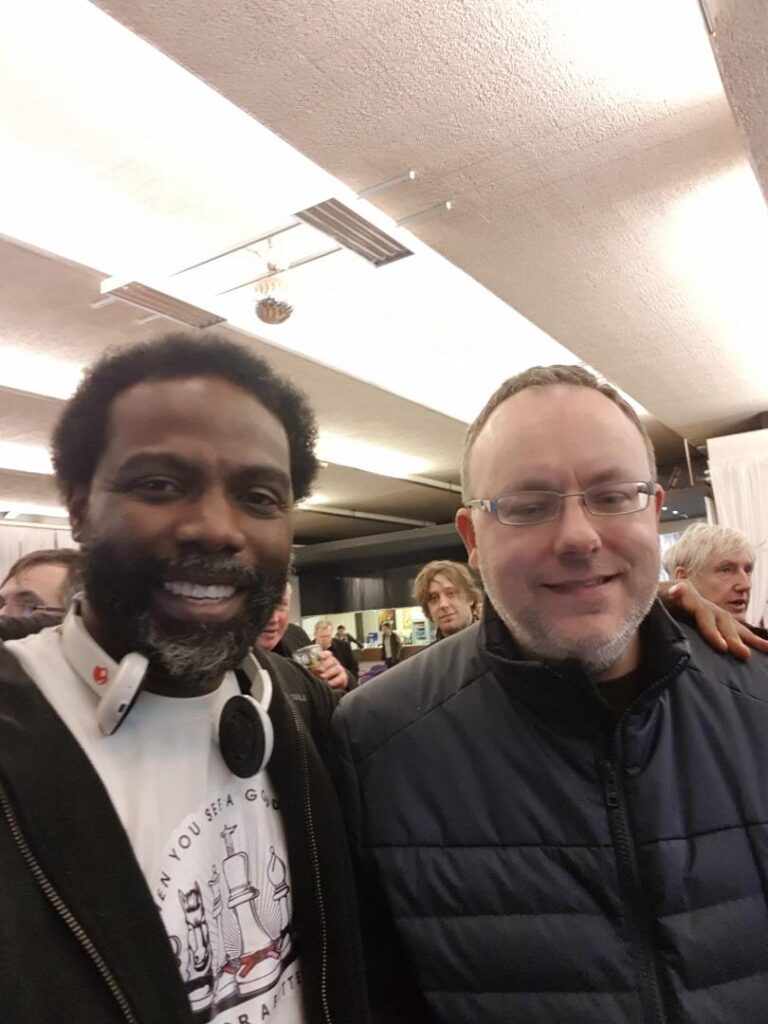