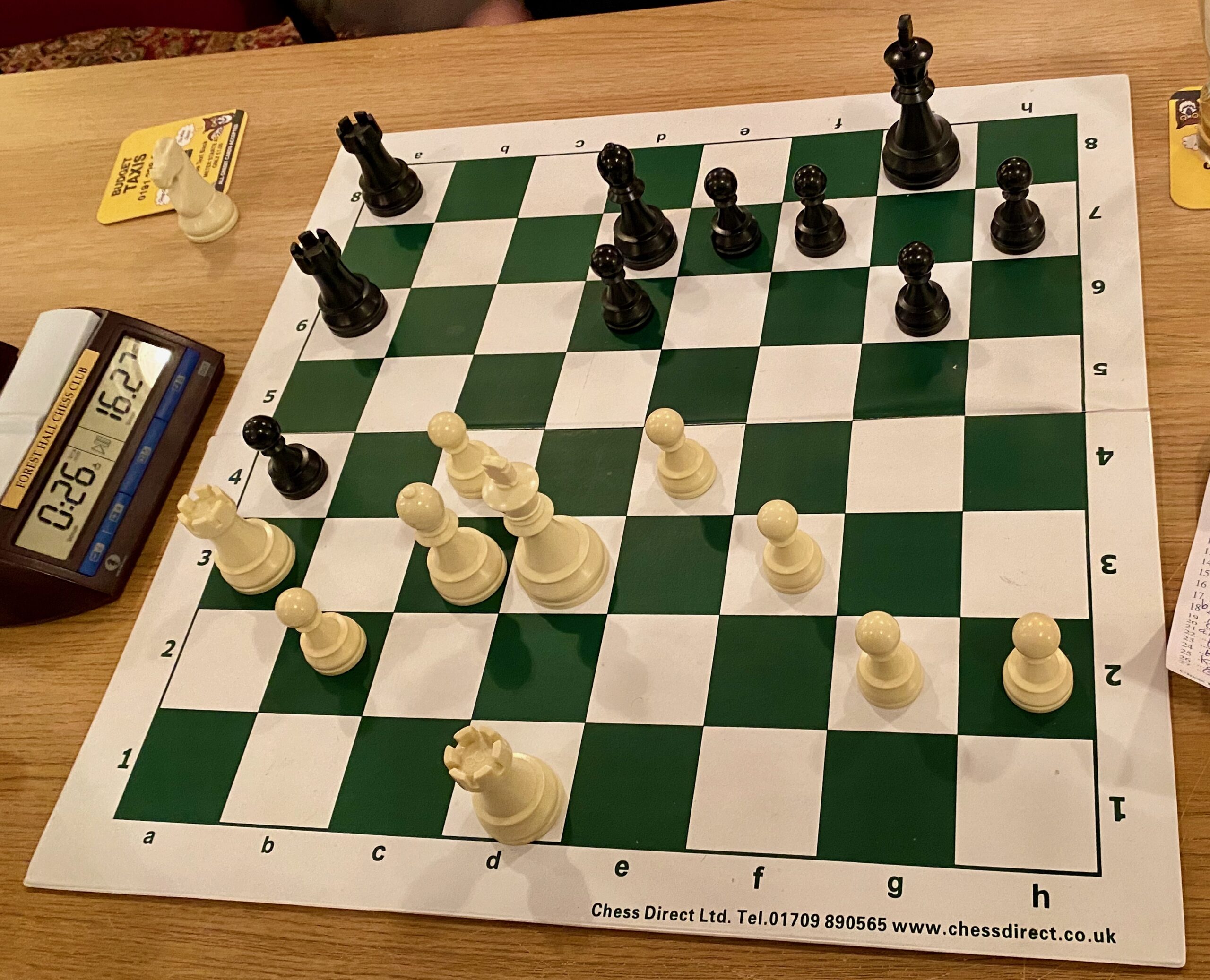 This is the final position from the game between Ian Chester v Eliot Rosenstock in the Forest Hall E v Gosforth Ivy match played on Friday 10th December 2021.

A draw was agreed after White played Ra3.

Black’s last move was f6 to get out of check (note: if black had played Nf6 white has Bxf6#)

Ethan Tatters finished the game in the most efficient way possible with mate in 7 moves.

Can you see how Ethan forced checkmate in 7 moves?