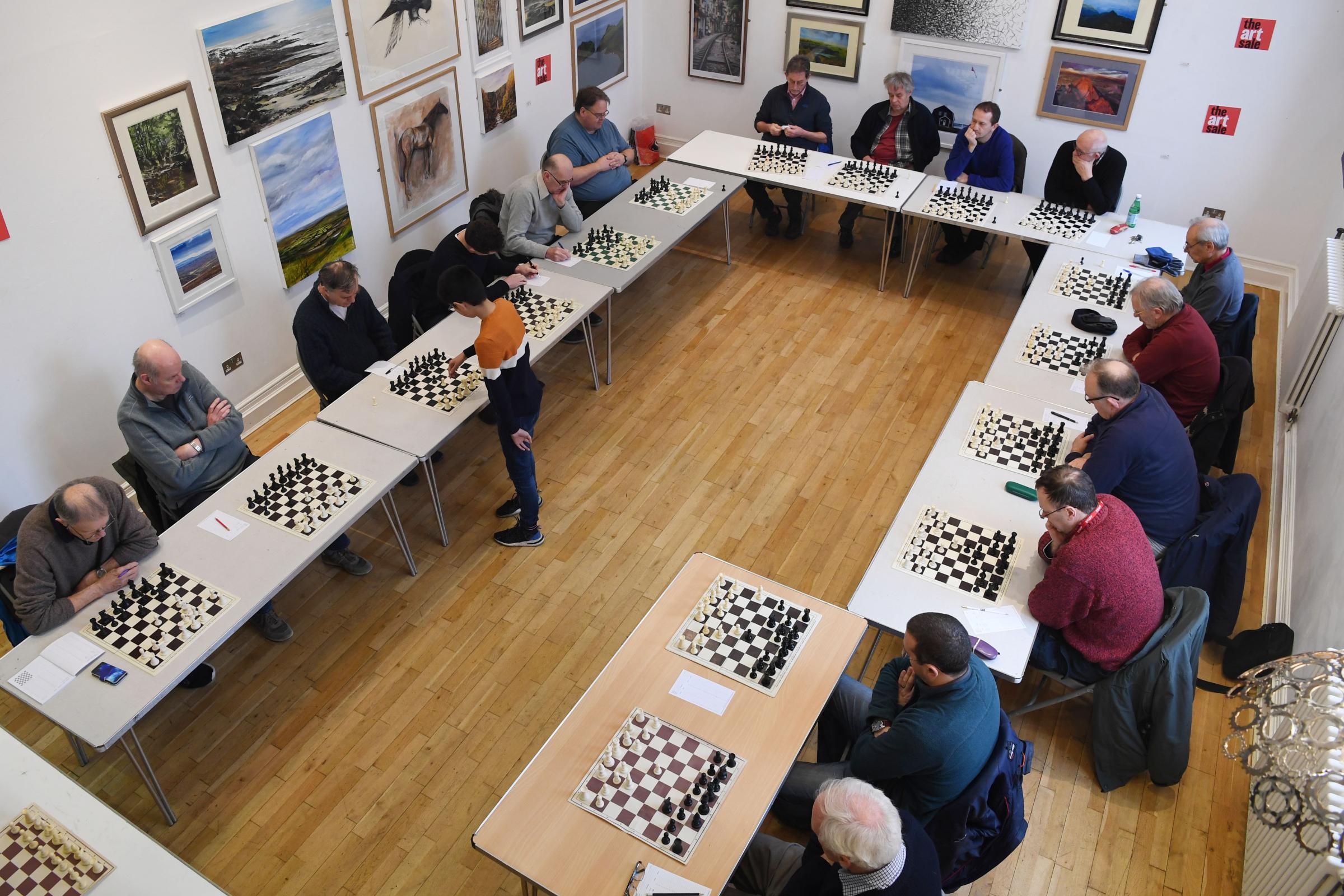 On Saturday 12th January Forest Hall Chess Club’s Yichen Han, the current Under 12 and Under 11 British Chess Champion, played a simultaneous exhibition against 17 opponents at the Queen’s Hall in Hexham.

He won 12, drew 3 and lost 2 games. A comprehensive report and a short video can be found on the Hexham Courant website and the event was also featured in The Chronicle.

The photographs used in this article have been provided courtesy of Hexham Courant.